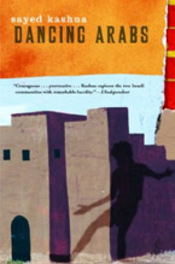 Very few books manage to put a smile on my face these days. I really do not know what’s happening to me but the number of books that I hate is far larger than the ones that I like. Dancing Arabs, however, is one that I’m absolutely falling in love with. I’m already half way through, and so far, not a single chapter has managed to disappoint me. The story, originally written in Hebrew by Arab-Israeli author Sayed Kashua, is a tale about the tiresome hunt for somewhere to belong.

It sheds light on the lives of Arab-Israelis and their constant struggle to determine their identity. The book portrays the life of the protagonist as someone living on the periphery, in limbo. He is stuck in two worlds, miserably failing to belong to either one. The writing style is absolutely gripping but whimsical and very comical at times.

Here is an excerpt:

I look more Israeli than the average Israeli. I’m always pleased when Jews tell me this. "You don’t look like an Arab at all," they say. Some people claim it’s a racist thing to say, but I’ve always taken it as a compliment, a sign of success. That’s what I’ve always wanted to be, after all: a Jew. I’ve worked hard at it, and I’ve finally pulled it off.

One paragraph that I personally identified with is this one:

The Arab newspapers wrote a story about a goat that could say "Sadaa – aa- aam." Then people began seeing Saddam’s face in the moon. When I came home, my father couldn’t believe I didn’t see it myself. He took me outdoors and tried for hours to explain where I should look: where the nose was, where the mouth was, where the mustache was, and the beret. In the end, I did see him. It really did look like him. Not just like him — It was him. Look straight up.

I was almost thirteen when the first Gulf War took place. Back then, Jordanians were cheering for Saddam. All my classmates were seeing Saddam’s face on the moon. They used to come to school telling stories of their visions from the night before. One night, I grabbed my ten-year old sister by the hand and told her that tonight was the night, that we had to do our best to see Saddam after our earlier failed attempts.

We walked to the end of our bedroom and looked out from the window at the dark blue, star-less sky. We could see the moon clearly. It was a full one that night. We stared and stared. I squinted hard until I saw the mouth, the eyes, and even the mustache. "Tania! Look, I see him. Saddam is on the moon. Do you see him now?" I asked my sister. "I do," she said before dragging herself back to bed.

Author Laila Lalami hails this book on her blog. Here is a link to her review of the book. She concluded her review with the following statement:

Dancing Arabs is a difficult book for both Arabs and Jews to read–neither group is shown in a particularly good light, and, no doubt, people on either side will be angered by the mirror that the writer holds up– yet Kashua’s unsparing account is a necessary read for both.

Do read this book if you get the chance. It is a treat.