Assimilation: The journey of a thousand miles starts with ‘Snooki’

I just got back from an eight-day trip to California where I embarked on a journey of discovery. As an East Coaster, I wanted to understand that foreign part of the country, home to the “chilled”, the “pot-smokers,” the outdoor enthusiasts, and the technology-savvy.

My husband and I along with friends we stayed with and met along the way, traveled from the deep south of California all the way to San Francisco. I saw and learned a great deal. I saw pot smokers on Venice Beach and Haight Ashbury. I yelled with the joy to the sight of seals swimming to the shore on La Jolla Beach. I visited Twitter headquarters in San Francisco. I learned about the intricacies of the Hollywood culture in LA, and drove around celebrity homes in Beverly Hills. 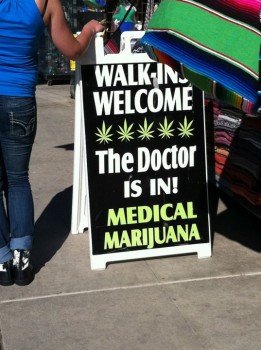 I saw this journey of discovery as part of my Americanization, of my deep understanding of the country that I now call home, the country that granted me citizenship and provided me with many things that I remain grateful for. But while on the trip, my friend who uses the alias Jameed, jokingly told me while we were running around LA: “You are not assimilated, you are too busy eating Hummus and pita bread.”

His comments came in response to my failure to engage in conversations about popular culture, or to be more specific about the increasingly popular American reality TV shows.

I had no idea who “Snooki” was. (For those unassimilated like myself, Snooki is a star of an MTV reality TV show called Jersey Shore). I also had no idea that Kim Kardashian had sisters, and even failed to recognize the names of Lady Gaga’s latest songs (Knowing the song Telephone didn’t save me). I also couldn’t recognize many of the names of celebrities that my friends were tossing around when we went to visit their presumed houses in Beverly Hills with the help of the famous “celebrity map”.

My friend’s joke about my lack of assimilation hit me like a brick wall. After years of me trying to make it in this county, by getting a job, buying a house, voting in the primaries and even joining interest groups on Meetup. com, apparently I’m still not there yet. Mind you, my friends who knew all about Snooki include a PHD-holder, a business owner, an electrical engineer, a famous author and a pharmacist. Yes, they are the smartest, highly educated, and obviously completely assimilated. 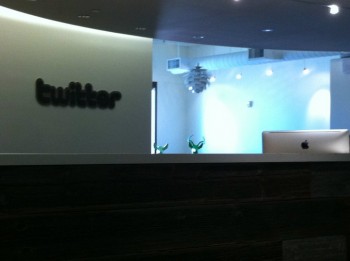 My friend’s comment about my lack of assimilation brought memories when I ran into Renee Zellweger at a Starbucks in New York a few years ago and instead of jumping up down and saying: “OMG, this is Renee Zellweger!”, I approached her and told her: “You look familiar, are you on TV?” I completely blanked out on her name. I just knew she was on TV. Another incident that comes to mind proving my “lack of assimilation” per say is when two people asked me about my reaction to the marriage break-up of Kate and her husband (sorry can’t remember his name) from Kate and someone Plus Eight TV show and of course, I had no idea what they were talking about.

So here, you have it, I’m not assimilated, but really when do those assimilated people have the time to keep up with the integration process when we are all busy with our daily rat race. How do they do it? Do they live a life similar to mine? Do they come back home at 7:00 PM and cook dinner while listening to NPR?

Do they check their Twitter feed and keep up with their followers while worrying about their Klout Score as much as they worry about their credit score? Do they fall asleep on the sofa while trying to watch the latest episode of Law and Order (here is some assimilation for you).

Maybe, maybe not. I really don’t know. All I know is that I have to do something about it. I have plans: I will do the assimilation my way: I will update my RSS feed to include some entertainment blogs. I will stop listening to the oldies on the radio and switch to DC mainstream music channel, DC 101. I will also Google “Jersey Shore” to see what the fuss is all about.

I have many plans. I need to stop living on the fringe, with my head buried in my daily shenanigans. Apparently traveling thousands of miles to California to consummate my assimilation process is not enough. I definitely need to know who Snooki is.