For many, September 14 was your regular Tuesday with its heavy work load. For others it was the day when minor elections were taking place in several US states. But for me it was a milestone. It was the day I got out of my car, all dressed-up (in a grey suit and red- stripped shirt), and walked to the entrance of my neighborhood elementary school (to the sound of someone yelling “Kagan for Senate”). I walked through the long hallways and reached the operation center, where I cast my first ballot, ever, as an American citizen. 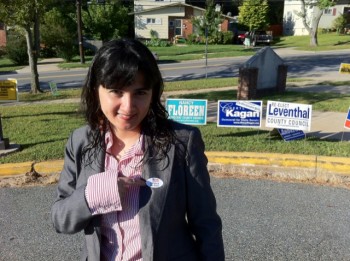 The election was the primary for the state of Maryland, and I, as an American citizen and Maryland resident, had a say in it. Yes, my lone vote could actually determine who runs this state. When I got to the registration desk the people asked for my name and asked me to confirm my party. I proudly said “Democrat.” I felt empowered to be vocal about my party affiliation, especially since where I was born, belonging to a party was not something to shout over rooftops. The word party, or Hizib in Arabic, had a bad connotation in the Middle East. It signaled membership in opposition groups, a la Muslim Brotherhood or the Communist Party. Party members were mostly seen as fringe that posed an imminent threat to the regime.

Here in the suburbs of the nation’s capital, though, it is a totally different experience. Everyone is encouraged to belong to a party to such an extent that in some states, not belonging to a party means you don’t have full voting rights in certain primaries.

When my registration was verified I was taken to the electronic voting booth by an older Asian woman. I explained to her that this was my first time voting and that I might need help figuring out how to use the machine. She told me: “Let me call my husband. He’s better at these things.” Very cute, I thought. Her husband, a senior as well, was very helpful. He showed me how to use the electronic registration card and how to eventually cast my ballot. What struck me was the fact that the man, just like me, had accented American English. Here we were: a foreign-born Asian-American man helping an Arab-American woman vote for the first time in the primary elections in the state of Maryland. Now, ladies and gentlemen, this is what I call a lesson in democracy.

After I was done, I returned my electronic registration card and was given a sticker that said in both English and Spanish: “I voted/Yo vote.” I stuck it on my suitcoat and left the room. I know this might sound cliché, but I was overwhelmed. Two years after taking my oath in Baltimore I finally feel that my American citizenship has been consummated. Travelling with a US passport is only part of it. You truly come full circle as a citizen of this great county when you cast your first ballot.

I remember when Obama was running for president I was still a green card holder and couldn’t cast my ballot. On the day of the elections I was going absolutely nuts. I couldn’t focus at work and kept checking voting results online. I paced back and forth around the office like a total maniac. Eventually, I walked into my colleague’s office, who seemed really consumed by whatever work she was doing. I asked her: “Michelle, how can you do this? I’m going crazy here and you’re acting like today is just another day.” She responded: “Natasha, I voted this morning. I did my part. I feel relaxed.” That was when I realized what I was missing.

The only other time I’ve voted was in Jordan in 2003 during the parliamentary elections. I was a bit peeved because for some reason I was registered to vote in the town where my parents were born and not in the town where we resided at that time. I was not sure how the election rules worked back then but I didn’t feel that my vote would actually impact my daily existence. My vote was not going to make any difference in fixing local issues, like the constant lack of clean water or bumpy streets in our neighborhood. I did vote eventually, though, so that I could say: “I voted.”

Here, saying, “I voted,” has a totally different meaning. My vote did actually make a difference. The incumbent governor I voted for actually won the primary (Go O’Malley!). I will make sure to vote for him in the mid-term elections in November against his republican opponent.

All that said, I’ m not totally giving up hope of having a transparent, effective democratic process in the country where I was born. Unlike the early 2000’s, I see more awareness about upcoming elections in Jordan with more civic societies spreading awareness and encouraging potential voters to engage in public debates. Jordan’s upcoming parliamentary elections might be different this time. At least people are discussing them via Twitter. Now, that’s something. 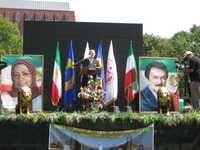 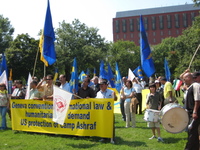