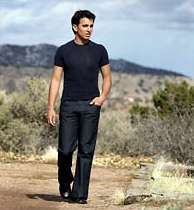 Jordanian composer and pianist Zade Dirani will present his blend of Arabic and Western music to Holland-area audiences at 7:30 p.m. on Friday and Saturday at the historic Park Theatre in downtown Holland. Dirani, 24, has won several prestigious awards and has performed before thousands in the Middle East, Europe, and the United States.

He studied Eastern Arabic scales and contemporary Western music at the National Music Conservatory in Amman, Jordan, and Berklee College of Music in Boston. At 19, Dirani performed with the Jordanian National Symphony Orchestra and Choir at the ancient citadel in downtown Amman. Since then he has performed before Nelson Mandela, Queen Elizabeth and the British royal family, and other dignitaries

It seems Ziad Dirani continues to go places. Good for him. I remember attending one of his concerts in Amman at the Citadel years ago. I thought then he was pretty good. Sadly enough, you have to leave Jordan in order to make it on the international scene.