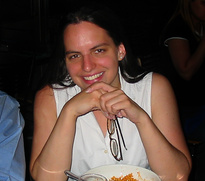 Well, the hottest news of the day, aside from Hamas major victory in the Palestinian elections, is the fact that the US has released five female detainees in Iraq. Here is an excerpt from a Reuters article:

The five, among at least eight women held by U.S. forces in Iraq, were freed along with 414 other detainees, a U.S. military spokesman said. "The case of the women detainees is a legal case and it has nothing to do with the case of the American journalist," said a Justice Ministry official, who declined to be named.

The news of their anticipated release has been circulating for over a week now, and was denied on a number of occasions. But it has finally happened. Whether this is related to Jill’s abduction or not, this is good news, as it might help secure her release. The demands of the kidnappers have largely been met, whether directly or indirectly. They should set Jill free now!

UPDATE: Jill’s release may be imminent, at least according to one Iraqi source quoted in this breaking report from the AP:

A top Iraqi police officer says he thinks kidnapped American reporter Jill Carroll will be freed. And he says today’s release of five Iraqi women from U.S. custody could help. U.S. officials have said the release had nothing to do with the demands by Carroll’s kidnappers that the U.S. release Iraqi women.

This is fantastic news, although at this point we are dealing with speculation from a newly identified source, Maj. Gen. Hussein Ali Kamal, the Iraqi interior ministry’s head of intelligence. The U.S. position on this cannot and likely will never change. But the reality this event is creating on the ground could be having a direct impact on Jill’s release. Let’s hope Kamal is right when he says: "Any announcement may not benefit the case because of its sensitivity, but we can say, God willing, that she [Jill] will be released." Word is, this guy said nearly the exact same words several days previous, so we have to take his hopeful thought with a grain of salt, difficult as that may be.

But in a wonderful moment of humanity, Siham Faraj, the mother of Hala Khalid (who was arrested with her brother in late September ’05 during a raid by U.S. forces on their home) said she was anxious to see her daughter and hoped it would mean Jill’s release:

"We are happy and we thank God for this blessing," Faraj told The Associated Press. "I call upon the kidnappers of the American reporter to release her because she is as innocent as Hala … I wish the Americans would stop random arrests. We only want peace in this country."

"[Jill will] be fine and she will come out very soon because she loves Iraq and she loves Iraqis, so God will never forget her," says Siham Faraj, the mother of Hala Khalid Wahid who was detained by US forces in Iraq four months ago. But she added, "I don’t think Jill Carroll’s situation has anything to do with the release of my daughter, but we definitely feel her pain …

"And to her mother, I say: I know how painful it is when a daughter is detained. But don’t worry, madam. Your daughter is a great woman and she will be fine."