Am I in the wrong line of work? 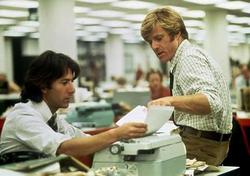 The latest projections of the US government rank being a journalist as one of the worst jobs for the 21st century, as newspapers cut costs and jobs. Some other of the "worst jobs for the 21st century" include textile workers, file clerks and electric meter-checking guys. But journalists will also have a hard time getting jobs, despite the increase in media outlets. According to the Labor Department, reporting positions are expected to grow by a mere 5% in the next decade, and most of these jobs are expected to be in small – low-paying – markets.
Source: [Editors Weblog]

I have always known that journalism didn’t pay well but I chose this line of work when I was young, motivated and did not care about such things. I hate to say it, but as you get into your thirties and start committing yourself to a number of financial responsibilities you realize that a good paying career does actually matter. All said and done, journalism as a career, is still evolving:

This projection is based on a relatively restrictive definition of journalists, which will probably evolve in the years to come.

Maybe, just maybe, there is still hope that I won’t live and die poor.