Body of Lies is simply a big lie 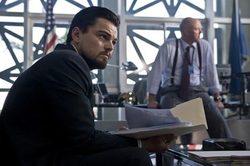 As you might guess from the title, I was not a big fan of the film Body of Lies and I regret watching it on our fifth wedding anniversary, of all times! The reason I wanted to see it was because of its depiction of the Jordanian intelligence services as well as the fact that it takes place in Jordan.

What really annoyed me about the whole charade was the director’s decision to film in Morocco and pretend it is Jordan. Who did Ridley Scott think he was fooling when he made the decision to film in Morocco and digitally insert the King Abdallah mosque in a number of shots in an attempt to make it look like Jordan? Did he expect Jordanians or people that visited the country not to notice? Or did he just not care? In addition to the fake scenery, all the extras in the movie looked North African rather than Jordanian. And in more than one instance I noticed Saudi car tags in the streets of "Jordan."

Then there was the scene where Russell Crowe is surprised that DiCaprio wants to stay in Jordan. He asks him something along the lines of "Why? Do you want to eat couscous all day?" I mean, give me a break! Jordanians don’t eat couscous. He should have said Mansaf if anything. Anyway, I’m surprised a movie so centered on Jordan with such a big budget did not employ some cultural consultants or film there. The actor who played the head of Jordanian intelligence was okay but I got irritated by his fake accent. As for the Arabic spoken during the movie, please don’t get me started. It was a mélange of North African, Egyptian, Palestinian and I don’t know what.

In a nutshell, the movie was not worth my money, especially in economic times like these. My advice: Don’t watch it. 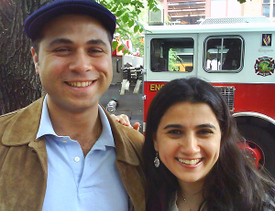 It was three years ago when I was introduced to the work of Amin Matalqa. It happened when I found a couple of his short movies on the web. I then posted them on my blog. He contacted me and thanked me for highlighting his movies on my site. We have remained in touch since then. A year or so later, he shared with me the first draft of his screenplay for the movie Captain Abu Raed. I felt so privileged because I knew Amin was headed for success. I was not mistaken. His movie has won a number of international awards so far, including one from the prestigious Sundance Film Festival.

A few days ago, I finally got a chance to see Captain Abu Raed at a special screening in DC. The movie was beautiful, managing to portray Jordan in a wonderful light. I especially loved how clearly the movie showed the divide between West Amman and East Amman. I also enjoyed seeing familiar sights in Jordan, like downtown and Queen Alia airport. Nadim Sawalha, who played the role of Abu Raed, was phenomenal. Watching him interact with others on the screen I got this feeling of déjÃ  vu, like I knew him in a previous life. Perhaps it was because his is acting was very real, very Jordanian. The young boy who played Murad also gave a stellar performance. I highly recommend this movie, especially for those who are not familiar with Jordan.

Bravo Amin! We are all so proud of you. The movie will be playing in the US, Europe and the Middle East. There are more details on the movie’s website. I also really enjoyed meeting the film’s producer, Emmy-award winner David Pritchard. He was extremely down to earth and very supportive of Amin and his work. During the Q & A that followed the movie, Pritchard told the audience he was sure that the film would receive either an Academy Award nomination or one for a Golden Globe or both. Why not?

Here, in this picture of Amin and I that Jeff took using his cellphone, there is a firetruck, which arrived at the venue (the Goethe Institute) in response to a fire alarm before the screening. The audience stayed outside for a bit before the movie started until that situation cleared. The wait was a great way to catch up with Amin after all these years and congratulate him in person.

Charmed by ‘The Prestige’ 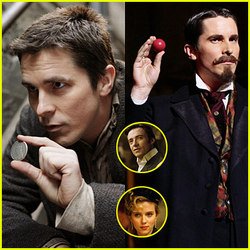 During the past month or so we have been extremely busy with work, friends’ visits and other responsibilities such that we were unable to indulge in one of our favorite pastimes: watching movies.

During that time, I truly yearned for a good movie. I just wanted to watch one that would satisfy my thirst after nearly a month of movie deprivation. My wish came true last night when watching a flick that proved a treat in every sense of the word: The Prestige. It was simply magical.

The storyline was its primary forte. It is smart, engaging and unexpected, filled with twists and turns. It revolves around the art of magic and the pursuit of accomplishing the perfect trick meant to awe an audience forever. It is also a story of love, envy, passion, revenge and ugly competition. The acting was phenomenal as well. A top-notch team of actors in addition to phenomenal cinematography made the movie one of a kind. I could go on forever about this movie, but I will save us all precious time and simply say: Watch it.

Ah, did I mention that the great singer David Bowie stars as Nicolai Tesla in this fantastic movie. Yet another reason to watch it now!

‘The Yacoubian building’ comes to the nation’s capital 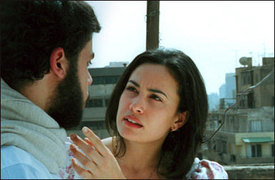 Yesterday, we had a wonderful outing with Leilouta and her husband when we went to see the Egyptian movie The Yacoubian Building, which came to the nation’s capital as part of the DC film festival. The movie was as fantastic as expected. Based on the highly-acclaimed novel of the same name, the movie dissects Egyptian society through the lives of the residents of the Yacoubian Building — which exists in real life in Cairo.

The movie crosses many red lines in Egyptian society by discussing taboo issues such as homosexuality, corruption and fundamentalism, among others. The flick had all-star actors including Adel Imam, Yousra and Nour Al Sharif (whom I had the pleasure to meet some years ago in Doha).

Adel Imam was fantastic as usual. He played rich womanizer Zaki el Dousski brilliantly. He came across exactly as I imagined him while reading the book some months ago. He was charming with a great sense of humor. The cinematography in the movie was notable as it was quite expressive, showing tremendous development from that of my teenage days, when I watched Egyptian movies nonstop. The person introducing the movie at the festival said two things of interest. One: The actual residents of the building are suing the author and moviemaker, as the story is so close to their real lives. Two: This was the most expensive Egyptian movie ever made. Now, I can’t help but wonder: Are we witnessing a revival of the Egyptian cinema?

After the movie, we went to the nearby Ruby Tuesday to discuss the movie over dinner. We all had the same questions. Was the movie ever shown In Egypt? What was the reaction there? Was it censored? What about all the homosexual scenes? Were they shown in full? Any Egyptian readers out there? Can anyone shed light on this? 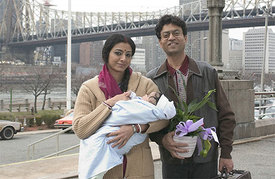 We have seen a lot of good movies lately, thanks both to Netflix and the library. I could go on and on about Freeway, Blood Diamond, Zodiac, Russian Dolls, 3 Iron, and Elephant, among others. However, I will choose to talk about one we saw last week that has remained on my mind until this very moment: Mira Nair’s The Namesake, which is based on a novel of the same name by one of my favorite authors, Jhumpa Lahiri.

Although I read the book recently and was pretty familiar with the plot, I enjoyed the movie a great deal. It is the kind of movie that truly moves you as I was not alone in shedding tears non-stop for the duration of the film. Many left the E-Street cinema with swollen, red eyes and mascara running down their cheeks.

The movie tells of the travails of an Indian family that immigrates to the US to pursue the American dream while watching their children becoming more Americanized by the day. I could not stop laughing when the father in the movie, Ashoke Ganguli, explained to his wife the concept of the "24-hour" gas stove.

This scene took me back almost two years ago when we were about to sign the lease on our current apartment. When I asked the rental agent about changing the gas cylinder, she kindly explained to me that I would never have to worry about it. Another memorable scene was when the mother, Ashima, mixed cereal with curry and peanuts in an attempt to make her first American breakfast.

Kal Penn, who played Gogol, did a fantastic job portraying the main character. Watching it also really made me want to get my hands on the real Gogol’s literary work, especially his short story The Overcoat, which plays a central theme in the movie. All in all, the movie was as satisfying as the book. I highly recommend it. Here are some reviews from Rotten Tomatoes.

Last night we drove down Wisconsin Ave. into northwest DC to watch the Tunisian film Khochkhach (Fleur d’oubli) accompanied by Leilouta, her husband and blogger Freedom for Egyptians. The movie was running as part of the Arabian Sights Film Festival, now in full swing.

I enjoyed Khochkhach a great deal for a number of reasons: the engaging script, the powerful acting and the beautiful Tunisian scenery. The movie’s major theme revolves around the misery of a woman trapped in a sexless marriage to a secretly homosexual husband. To alleviate her pain, the protagonist Zakia seeks pleasure in Khochkhach tea, primarily used in Tunis in the early 1940’s to ease the pain of women after child birth and to put newborns to sleep. Since Khochkhach tea is derived from poppy plants, it was quite effective. As Zakiah’s desperation grows so does an addiction. She reaches rock bottom and ends up in an asylum.

Based on a true story, the movie boldly crosses red lines in the Arab world by discussing taboo issues such as a woman’s need for sexual fulfillment and homosexuality.

According to director Salam Baccar, who was present for a Q&A after the movie, the issue of homosexuality was not taken lightly by the Arabic press. She explained that many reviewers could not fathom the concept of an aristocratic, virile Tunisian man who is homosexual. Another interesting point Baccar brought up during the discussion was the fact that there is a very limited market for Tunisian movies, as the Arab market is dominated by Egyptian movies. As a result the market for this movie is first and foremost Tunisia and then Europe, especially France. But Baccar said she is still struggling to find a distributor and hoping to market her movie to the rest of the west.

Finally, it is also worth noting that Badiaa Abdallah, who played Zakia, did a fantastic job in conveying a woman’s journey of sorrow and then, ultimate peace. If you ever get the chance to see this movie, do not hesitate. It is so beautifully done and conveys a very potent message.