From the archive: With Prince Felipe of Spain

Snapshot: Deer in my backyard

One of the things that I enjoy a great deal about living in the suburbs, away from the hustle and bustle of the city, is the easy access to nature and wildlife. Last week, while I was sipping my morning coffee and flipping through the weekend edition of the Washington Post, I glanced at our backyard and low and behold there were deer, four of them, right outside my dining room.

They just wandered around, nibbled on some of our trees, and chilled for a while until they decided it was time to move on. Such beautiful animals, I tell you! This is a scene that is really worth my daily commute back and forth to work. Long live the suburbs! 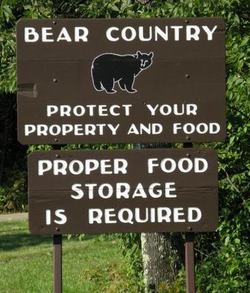 Snapshot: Frogs at the Nataional Aquarium 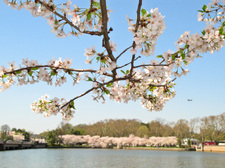 One of the most memorable things I did last week was to go off to the the Tidal Basin during my lunch break to see the cherry blossoms at their peak. I figured I had only a one hour break to see them, so I thought I would take a cab instead of simply walking. My decision didn’t prove that wise, as the place was jam-packed with tourists, making it impossible for cabs to get there. The fastest way to reach the place turned about to be on foot. Anyway, I managed to reach my destination after walking the last part of the way.

What I saw when I got there was even more exhilarating than I expected. It was simply stunning. The cornucopia of white and pink reflecting in the basin took my breath away. Of course, I had to maneuver between the many, many tourists to find good locations to take pictures but the hassle was worth it. What was amazing about the whole scene was how the trees themselves were shedding, which made for a wonderful scene as everyone was engulfed in white flurries, adding a unique touch to the beauty of the moment.

What made the trip still more special for me was the fact that it was my first. During this same time last year I was in Jordan with family and friends. Of course being surrounded by cherry blossoms is not as fulfilling and worthwhile as being with your family. But somehow, and just for a moment, I got a similar warmth simply by being amongst those trees that grow in a place far, far away from home.

Enjoy these pictures [they enlarge on click] taken by yours truly.